Watch Out!
A story of misfortune, patience and a large helping of luck!

It’s the middle of summer here and the weather is nice and hot, about 36 celsius (97F) above, which means daily bike rides to the Yu Long River for a relaxing swim and chill. Although, today was a different day, we had a mission, to search the riverbed for Tyson’s house keys! A few days previous he’d jumped into the river with his keys in his pocket, sadly upon returning to shore he was keyless.

The river is pretty wide, at least 50m across, and he was swimming out about 40m almost to the other side of the river and diving up to 7 metres under the water, searching in vain for the missing keys. By the time I finally came to help, he had been doing this for three days, and was now a slick operation involving swimming goggles, snorkels and a military-standard hand-held sonar kit, well OK maybe no sonar.

When all hope was lost, Matt was snorkelling near the riverbank, I can’t quite remember why, maybe to try and find some fish, we’d all pretty much given up on the keys by now (barring Tyson of course who was half suffocating the other side of the river), when he popped up with his hand stretched up high with a shiny metal object in his hand. Keys. Found. 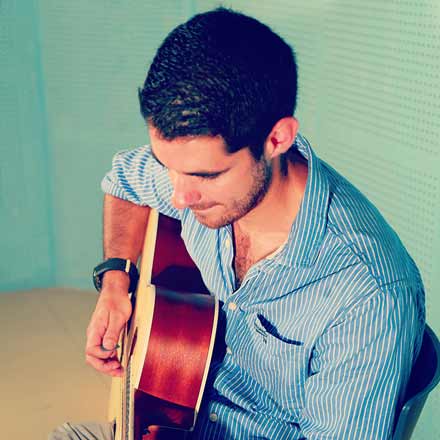 Ifor currently resides in Yangshuo, China with his wife and two kids. When he's not sitting in front of his laptop he's out playing live music, rock climbing or tidying up after the kids.

A one-line code snippet to flatten arrays in JavaScript

Colour is an important part of design, here's a brief introduction to the world of colour, and how we can leverage this understanding in web design.

First tracks ever – written and recorded!

So last week I sat down and tried to write some songs, the first time I tried was years ago, and they were rubbish. I think these ones are a bit better, the one at the end of this post was inspired by living in China for a few years.

So this one’s for Ian, leaving Yangshuo after so long and having played thing song on his own and with the band countless times over the years, it’s finally gone digital!

Probably our most fun gig to date was in Guilin Victory Park, a massive water park, a few square kilometres in area. We must have seen thousands of people there enjoying the rides and sunshine, everything in China seems to be on a completely different scale to the west, bigger, faster, longer, and definitely more crowded!

For those of you not in China or don’t know about Taobao it’s basically eBay on steroids.

Whilst having some dinner at Alley Bar, quite possibly one of their very nice home-made pasta dishes, the Chinese owner asked if I’d be interested in recording some songs for a Shanghai-based guitar company.

A day out on the rock at Yangshuo's latest crag.

See what the different elements looks like. Your markdown has never looked better. I promise.